Ottawa, the capital of Canada, is a truly unique city in myriad aspects. This bilingual city is home to rich heritage, nature’s pristine beauty, remarkable architecture, spectacular festivals, astounding attractions, scrumptious cuisine, fun activities…and much more! Mentioned below are the top unique attractions and activities that differentiate Ottawa from other Canadian cities. 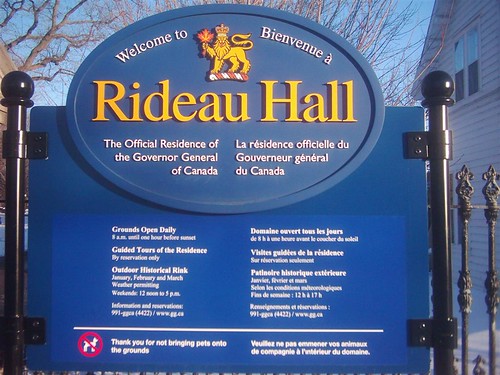 Since 1867, Rideau Hall has been the official residence of the Governor General of Canada as well as the Canadian monarch, Her Majesty Queen Elizabeth II. His Excellency the Right Honourable David Lloyd Johnston currently resides in Rideau Hall. Visitors are welcome to tour the majestic residence and the surrounding beautiful grounds and gardens for free. The tour also presents an opportunity to learn more about the history, roles, responsibilities and activities of the Governor General. During winters, Rideau Hall lures skaters with its splendid natural outdoor skating rink. If you visit in summer, you can enjoy watching a cricket match or taking a pleasant stroll in the rose garden. 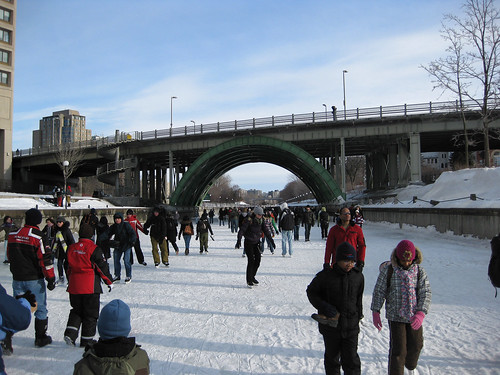 Every winter, the Rideau Canal transforms into the world’s largest skating rink. The 7.8 km long skateway is equivalent to 90 Olympic-sized skating rinks put together! Skating on the frozen Rideau Canal is not only a favourite pastime of the locals but also a way to commute to Downtown Ottawa. The skateway also attracts innumerable visitors and skating enthusiasts. Depending on the temperature and weather conditions, skating is open from early January to late February or early March. The skateway is absolutely free. If you are not carrying your own skating gear, there are many skate and sleigh rentals available near the National Arts Centre, Fifth Avenue, and Dows Lake.

Parliament Hill (Colline du Parlement in French) is an iconic landmark and home of the Parliament of Canada. Free tours are conducted every day. You are required to undergo a security check prior to entering the impressive building. The tour is informative and it takes you to the House of Commons, Senate chambers and the Library. Do not forget to escalate to the top of the Peace Tower to get the best aerial views of Ottawa. The surrounding beautiful grounds hold prominent statues, landmarks and a stray cat house.

In summer, you can watch the ceremony of Changing the Guard on Parliament Hill every day at 10:00am. Between early July and early September, there is a Sound and Light Show every night and striking images are projected on the Parliament buildings. Parliament Hill is the perfect place to celebrate Canada Day on 1st of July. You get to watch free concerts, awesome fireworks, musical ride, political speeches and the crowd in a highly patriotic spirit. The changing guard ceremony, Canada Day celebration, and light and shows and are absolutely free on Parliament Hill.

The RCMP Musical Ride is a popular military pageant performed with 32 horses by the Royal Canadian Mounted Police. A visit to the Rockcliffe Stables and Visitors’ Centre places you in close proximity to the red-coated Mounties and their majestic horses. It is the training center for the Musical Ride and visitors can watch the practice sessions when the riders and their horses are not on tour. Visit the farrier station and walk through the tack room to absorb greater details. Stop by the riding school to watch the Mounties master the challenging and graceful choreography. You can also marvel at the stately carriages that are used in royal escorts of Her Majesty the Queen. The tour and admission is free of charge. The RCMP welcomes visitors round the year. However, the Sunset Ceremonies are performed at the stables at the end of June. 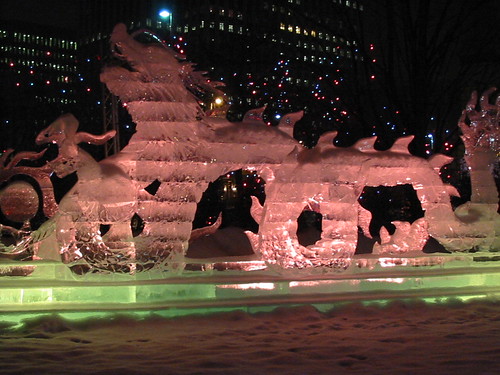 Every February, Winterlude embraces the magic of winter and transforms the Capital Region into a winter wonderland. The festival highlights a magnificent display of ice sculptures that truly define skilled craftsmanship and fascinating art. It is considered as the greatest winter festival in North America, promising three weeks of fun-filled activities and attractions for the entire family.

Tulip Festival celebrates the magic of spring and it is the largest tulip festival in the world. The festival is organized in the month of May and approximately 3 billion tulip bulbs are in full bloom all across Ottawa. Beautiful tulip gardens are maintained at Major’s Hill Park, Confederation Park, the War Memorial, Parliament Hill, Garden of the Provinces, and all along the Rideau Canal. Dow’s Lake is renowned for the display of a wide variety of tulips. The War Memorial is surrounded by black tulips. 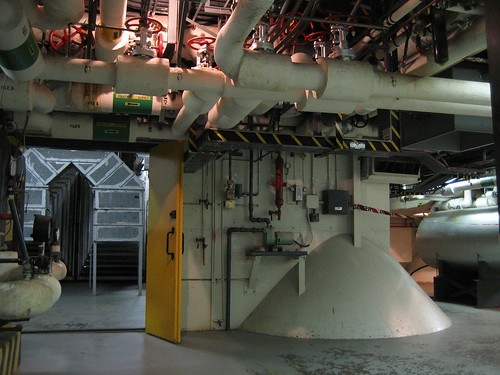 Built between 1959 and 1961, the Diefenbunker is located in the small town of Carp, to the west of Ottawa. It pays homage to Canada’s role in the Cold War and exhibits artifacts from the period ranging between the 40s to the 80s. An interesting fact about the Diefenbunker is that it was originally built as a secret bunker to safeguard key government and military officials against nuclear attack. The four-storey underground bunker offers unique tours to the decontamination room, CBC broadcast studio, Prime Minister’s suite, Bank of Canada vault and much more!

8. Currency Museum of the Bank of Canada

The Currency Museum has a comprehensive collection of bank notes, coins and tokens. The free tours and programs offer insight on the history of Canadian currency. Moreover, you can see the process of printing notes and the distribution that follows. The museum also has a lush tropical garden court.

This museum covers facts and aspects of Canada’s military history, right from the first recorded instances several thousand years ago to recent participations in conflicts. It offers interesting exhibitions on WWI, WWII, the Cold War and overseas operations. The informative narrations and tiny models add greater insight to the depicted events. The museum also exhibits a marvelous display of war vehicles and artillery, including Hitler’s car.

Saunders Farm presents the largest collection of labyrinths in North America. Over the years, the Farm has carefully cultivated and pruned six hedges and two mazes. During October, Saunders Farm gives visitors haunting surprises at the Barn of Terror and spooky hayrides. Visitors of all ages are sure to fun at this farm!

Ottawa is a unique and magnificent capital city. It is the ideal destination if you wish to have a fun weekend getaway because you can visit numerous attractions in a relatively short time. Fly to Ottawa and experience Canada’s fascinating history, rich culture and warm hospitality.

About the guest writer
This guest post is contributed by Vinay Shingornikar. He has written numerous travel-related articles for a wide spectrum of online publications. Currently, Vinay is working for Canada’s favourite online travel agency – Flightnetwork.com.