A guest post by Paul Joseph, a London-based author and writer. Paul has written for national magazines and websites, and helps to run a blog on London theatre. 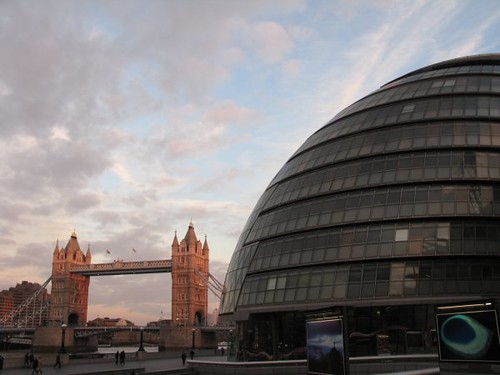 If there’s a city in the world made for walking, it’s London. Teeming with history and splendour, every corner turned presents a vestige of the past, often juxtaposed with a gleaming example of modern design or architecture.

London’s Theatreland is located in one of the most colourful and vibrant parts of the city. Stretching across a large swath of London’s West End district are a number of historical theatres, ranging from the compact and cosy to the gargantuan and grandiose.

So for those who enjoy walking, and enjoy theatres, this article is for you. It offers a guided tour (and a map showing you where you can find London’s Theatreland) that will allow you to take in many of the city’s major theatre venues, with a little potted history to boot.

A walking tour of London’s Theatreland 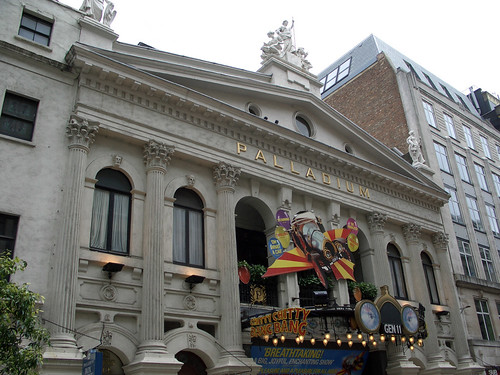 Your tour begins at Oxford Circus, where you should head east on the south side of the thoroughfare. Take the first right into Argyll Street and the London Palladium will be on your left. The Palladium is one of the biggest theatres in London, with seating for 2,298, and the current building dates from 1910.

Continue down Argyll Street and head towards Carnaby Street – famous for its role in London’s Swinging Sixties. Take in the retro ambience before making your way to Great Windmill Street. You will walk past the Windmill Theatre – once one of the most famous in the world, holding risqué nude tableaux that entertained servicemen during the Second World War. 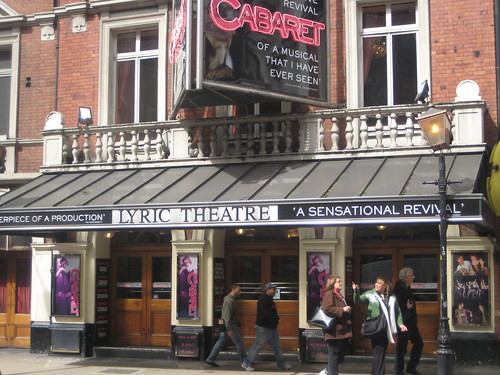 Turn left at the bottom of the street into Shaftesbury Avenue, the main artery of Theatreland that connects Soho and Covent Garden. You will pass four major theatres on your left – the Lyric, Apollo, Gielgud and Queen’s.

The Lyric dates from 1886 and features the façade of the house of Dr William Hunter the noted 18th-century anatomist. The Apollo next door is a mainly art nouveau design with fabulous interior decoration. The Gielgud was called the Globe from 1909 until 1994 when Shakespeare’s Globe opened on Bankside and it was renamed in honour of Sir John Gielgud, one of the 20th century’s great actors.

Further along Shaftesbury Avenue on Cambridge Circus, at the junction with Charing Cross Road, is the Palace Theatre. This was once a variety theatre and an opera house. Cross the circus and continue along Shaftesbury Avenue. Walk down to Seven Dials and you will see the Cambridge Theatre, which dates from 1930. Keep going until you get to Drury Lane, and turn right into Russell Street. Here you will find the Theatre Museum, which houses the world’s largest collection of material relating to performance. There are interactive exhibitions on the British stage and its stars from Shakespeare’s time to the present, stage models, costumes, paintings, prints and audio-visual displays. 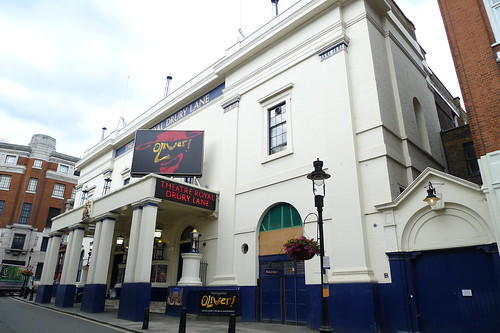 Turn left into Catherine Street, and the Theatre Royal, Drury Lane, is on the left. There has been a theatre on this site since 1663. The King’s Company performed here and the second theatre was designed for them by Sir Christopher Wren in 1674.

Walk down to the Aldwych then turn right and continue into the Strand. Across the road on your left is the Savoy Theatre, with a beautiful art deco interior. Turn right into Exeter Street and follow it round to the right, then turn left into Wellington Street. The Novello Theatre is opposite and the Lyceum on the left.

two of the most resonant and attractive stage doors in Theatreland

From here you are just moments from one of London’s most famous landmarks – Covent Garden Market. At one end of the market across the piazza is St Paul’s, the Actors’ Church. Take the street to the right of the church, New Row, until you get to St Martin’s Lane. Go over the road and take St Martin’s Court, a pedestrian cut-through. If you take the alley on the right, you will walk past the stage doors of the Noel Coward on the right and Wyndham’s on the left. These are two of the most resonant and attractive stage doors in Theatreland. Follow the alley round and you will emerge on to Charing Cross Road, close to the Coliseum, London’s largest theatre with 2,358 seats. Cross into St Martin’s Place – St Martin in the Fields Church is on the left – and continue until you reach Trafalgar Square. Off of the famous square is Pall Mall East. Walk along here and then bear right into Haymarket. The Theatre Royal Haymarket is on the right. Parts of John Nash’s 1821 exterior still exist, and the Louis XVI interior from 1904 is stunning.

From here, take the short walk up to the top of Leicester square and into Swiss Court, then Coventry Street. On the left is a magnificent fountain statue of the Horses of Helios sculpted by Rudy Weller in 1992, then the Criterion Theatre dating from 1873.

And this will bring your whistle-stop tour to an end. Of course, I wouldn’t expect you to follow this route without at least a couple of stop offs for refreshments. But happily, London isn’t short of pubs either. I feel another walking tour coming on…


Read about other Velvet Escape walks: