New York City! Who could ever forget their very first time in this great city? I remember strolling down the streets in complete awe of the buildings and the incredible energy gushing through the city. On my first visit in 1992, I was determined to see all the famous landmarks that I’d gotten to know so well through television and the movies. Being a big fan of architecture, I made my way across town, ticking off all the buildings on my list. It felt like a pilgrimage! I visited many of New York’s most famous buildings such as the World Trade Center, the Chrysler Building, the Empire State Building, Guggenheim Museum and the Grand Central Terminal. Of these buildings, the Grand Central Terminal made the biggest impression on me. As soon as I entered the central concourse, I quite literally froze. It was one of the most stunning halls I’d ever seen! So, when I was approached with a guest post by Andy Jarosz (one of my favourite travel writers) about the history of Grand Central, I didn’t have to think twice.

Stand for the first time in the main concourse of Grand Central Terminal on Manhattan’s 42nd Street and you’ll be forgiven for feeling overwhelmed by the scale of the space around you. Tall enough to house a 12 storey apartment block and with a similar area to a full-size American football pitch, Grand Central Terminus is used by over half a million commuters each day as they pass through its vast complex of grand halls and marble corridors. Yet this iconic Belle Epoque building may quite easily not have been standing today, if its post-war owners had had their way. Here are some interesting things to know about Grand Central Terminal you may not have known of.

The history of Grand Central Terminal

The story of Grand Central Terminal reflects in many ways the story of New York itself. While the railroads of the 1800s brought mass transportation to Manhattan, they also brought noise, smoke and frequent accidents. As immigrants poured in and the city expanded northwards from Lower Manhattan, the wealthy moved uptown to escape the overcrowding and chaos in the poorer districts to the south of the city.

Grand Central Terminus was built by the tycoon Cornelius Vanderbilt on the back of the advent of electricity, and promised a cleaner transport hub in a part of the city that was at the time far from the glamorous area it is today. The grand sweeping staircases are made of finest Italian marble while celebrated French artist Paul Helleu was commissioned to create the Sky Ceiling, one of the largest murals in the world. Everything about the building was designed to communicate the Vanderbilt’s status among New York’s money men. As with so many of New York’s finest buildings, it was ego that provided the ultimate motive to create such a work of art.

There is little doubt that Grand Central Terminal was the making of the east side of midtown Manhattan. With the advent of the railroad and the masses that now came to this part of town, the area boomed and hotels, offices and prestigious apartment buildings sprung up in the surrounding blocks. No fewer than 21 buildings are linked to Grand Central by inter-connecting walkways. Even the Waldorf Astoria, perhaps New York’s most famous hotel, would probably not have moved uptown from its original site on 34th Street (it made way for the Empire State Building) to its present location a few blocks north of the station had it not been for Grand Central.

But while the station may have made the East Side what it is today, its success also nearly led to its destruction. As air travel took off in the post-war years the railways declined and the building became used for trade fairs and office space, with many of its Belle Epoque features falling into ruin. Such a prime piece of real estate was attractive to developers who wanted to pull down the station and replace it with a 60 storey office building.

Thankfully the building was saved, even though it took the judgement of the US Supreme Court to deny the developers their destructive dream. A massive restoration project returned the station to its original state, allowing millions to once again admire the magnificent interior as they made their way to the platforms.

MAS (Municipal Arts Society) run tours of the station that explain how and why the terminus was created and the restoration work that was required to save this remarkable building. Our guide Joey led us through the building to the Whispering Gallery, the Kissing Gallery and even showed us the private apartments once owned by New York’s pre-war elite. The 90 minute tours run every Wednesday at 12:30 and are free (a $10 donation to MAS is suggested).

Grand Central Terminal is much more than merely a place to catch a train – with its own dedicated NYPD precinct it really can claim to be its own city within a city. 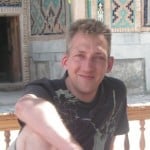 Written by Andy Jarosz for Travel Insurance Cover, who provide travel insurance for Australians (including annual multi trip policies for regular travellers). Information on policies available can be found on the Travel Insurance Cover website. Andy writes on his travel blog 501 Places, and is also on Google+.

Note: this post was brought to you in partnership with Travel Insurance Cover.