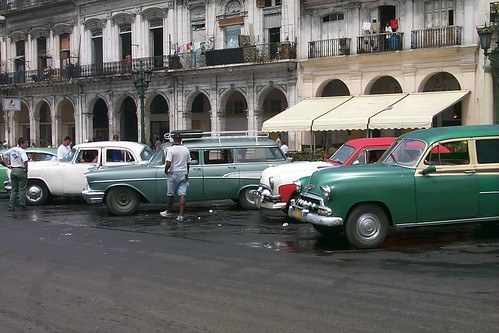 I remember stepping out of the airport in Varadero and looking at the palm-tree covered hills and sniffing the faint cigar-scented air. I thought, “wow, I’m here. This is Cuba!”.  It was 1996. The Berlin Wall had fallen less than a decade earlier and with the demise of the Soviet Union, the Cuban economy was reeling. The authorities gradually opened up the country to tourists and (especially) Europeans came in droves. It was, after all, Cuba. Mysterious, exotic, ‘forbidden’ Cuba.

The drive from Varadero to Havana took us past small villages and towns, fruit and vegetable orchards, and sugar cane and palm tree plantations. The first thing that struck me was the abject poverty. The houses were run down, the buses were hand-me-downs from the Dutch government, the people wore tattered clothes and there were lines at shops everywhere. And the cars! I could write a separate story about those. I simply gaped at the sight of the colourful American classics (Fords, Chevrolets, Buicks, etc..) from the 1950’s on the roads. 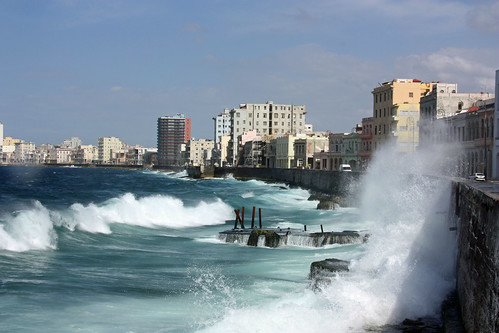 Walking around the streets of Havana was a surreal experience that tantalised all my senses. Dilapidated buildings stood side-by-side with gleaming colonial palaces; the infamous ‘Camel’ buses and antique American cars clogged the streets; and everywhere we went, the wonderful rhythms of the salsa and rumba mingled with the aromatic Montecristo cigar-infused air. The atmosphere was absolutely electric. We visited the imposing Spanish fortress (that was a major slave trading post) and walked along the vibrant Malecón, a seaside boulevard, as the waves crashed around us. 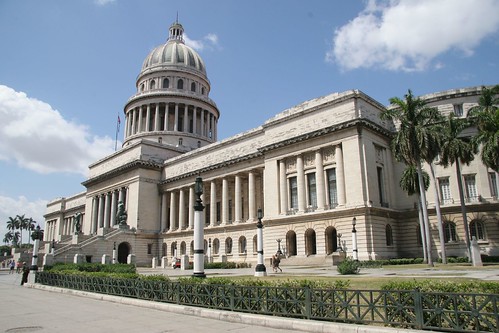 I was very impressed by the city’s stunning architectural jewels. The styles are delightfully eclectic, ranging from the baroque Cathedral to the neo-baroque Grand Theatre, the Art Nouveau El Capitolio and the Art Deco Edificio Bacardi. We were greeted everywhere we went and invited to join in a dance on the streets. The people were poor but their boundless energy was infectious.

The effects of the fall of the Soviet Union and the US trade embargo were clearly visible. Shop windows were empty and people stood in lines for hours to buy simple staples like bread or rice. Petrol was a valuable commodity and we spotted cars parked in the living rooms of houses so no one could siphon off the fuel tank. This formed a stark contrast with the fully-stocked shelves of the ‘dollar shops’ where dollar-earning Cubans and tourists shopped. The glitzy hotels along Varadero’s glorious stretch of pure white sand were mostly European-owned and ingredients for the endless buffets were flown in every day from Europe. We made it a point to collect candy bars, chocolates, soap, shampoo, toothpaste, pens and stationery pads from our hotels and distributed them to the kids in the streets. 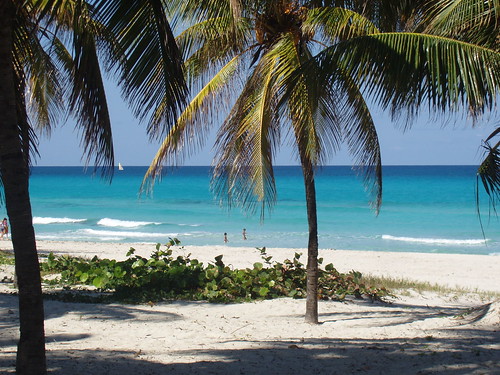 At the time, locals and tourists were segregated as much as possible (I understand that these restrictions have since been eased). In Varadero, locals were allocated a separate section of the beach and were not allowed to cross over to the tourist section (and vice-versa). This didn’t stop the ingenious locals from attempting to peddle their wares to tourists. I was enjoying the warm, silky waters of the Caribbean one  afternoon. Standing in the crystal clear, waist-high water, I stared blissfully into the distance as colorful fish swam around my ankles. My dreamy state was abruptly disrupted by a loud splash behind me. I turned around to see a young boy pull off a make-shift snorkeling mask. He flashed a smile at me, then fished a sealed plastic bag from his shorts. The bag contained an exquisite wooden box which he held up to me. With a cheeky grin, he asked me: “Buy cigar, sir?” A priceless moment! I roared with laughter and thought, “ahh, this is Cuba!”.