Graz is the second-largest city in Austria yet, for many travellers, relatively unknown as a place to visit. Located about a 2.5 hour drive or train ride southwest of Vienna, Graz (map) is a gorgeous city that holds two distinct titles: a UNESCO World Heritage site as well as a UNESCO City of Design. On a previous visit, I discovered lots of great things to do in Graz, so when the opportunity arose to return (to attend a conference), I decided to spend a weekend in Graz and show my partner my favourite sights in the city. I planned a Graz short stay itinerary and off we went!

Weekend in Graz – our itinerary

Easy connectivity with the rest of Austria and major cities in Europe makes Graz an ideal city break destination. We arrived at the airport in Graz and made our way to the city centre. Despite its small size, Graz Airport is connected with the city by taxis (15 minutes), trains and buses (20-30 minutes), making it a breeze to get to the city.

The first thing one will notice when approaching the historic city centre is the Schlossberg (Castle Hill) with the Uhrturm (Clock Tower) standing proudly like a beacon over the city.

We checked into Aiola Living, a boutique hotel in the heart of the city. Comprised of five renovated houses directly behind the Rathaus (City Hall), Aiola Living  consists of 46 rooms and three apartments, each with a different interior and feel. Check-in was swift and the friendly lady showed us to our room.

I loved how they incorporated sleek modern design with quirky touches (like how the rustic-coloured elevator doors open up to reveal a cheery tropical jungle scene complete with brightly-coloured parrots and ferns). I later found out that much of the furnishings and decorative items were also on display at the Aiola Living Concept Store across the street.

The room was spacious, with a very comfortable bed, a large bathroom with shower and a separate toilet. There was an espresso-maker and a mini-bar, and the bathroom was stocked with Rituals toiletries.

In addition to its very central location, within easy walking distance of many of the main attractions in Graz, I appreciated the cool design and the little comforts like floor-heating in the bathroom.

We dumped our bags in the room and made our way to the Hauptplatz, the main square of Graz lined by the City Hall and a series of stunning medieval buildings. In one corner of the square are several food stalls. We made a beeline for stall no. 3 by the Guttmann family who serve a variety of delicious sausages.

It was a gorgeous sunny day and the square was buzzing with people enjoying the sunshine. On my previous visit to Graz, I remarked in my post: “…as I observed the people, I couldn’t help but notice a certain ‘joie de vivre’, something I found very appealing.” I smiled when my partner made a similar remark as we tucked into our lunch of sausages and beer.

We spent the rest of the afternoon, strolling around the compact city centre. We popped into various cool shops (I just love the clothing and design shops in Graz), explored little lanes and hidden courtyards, and visited some of the city’s famous attractions such as the stunning 15th century double-spiral staircase and the Mausoleum, before ending up at the leafy Stadtpark. 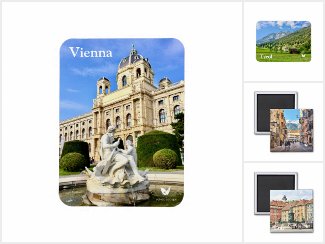 One thing that never fails to amaze me is the ‘Mediterranean’ ambiance in the city. Large swathes of the historic city centre were designed in the 16th century by Italian architects who brought a distinct Renaissance flair to the city. Combine that with the numerous alfresco cafés packed with people chatting, eating and drinking, and the result is a fabulous laid-back, typically southern European atmosphere which is simply infectious.

That evening, we went to arguably my favourite restaurant in Graz: Landhauskeller (located around the corner from the hotel). I love the courtyards (there are two: a bar and a restaurant section), and the restaurant serves some of the best food in Graz! Asparagus was in season so we tucked into a meal of asparagus and salmon, and a traditional schnitzel. The asparagus was sublime, with the perfect crunch, while the schnitzel was probably the best I’ve ever had!


The next day, we ventured out for breakfast and popped into Ducks Coffee Shop, near the hotel. This quirky duck-themed café serves fantastic coffee and a delicious breakfast platter.

After breakfast, we decided to stroll around the Lend neighbourhood with its design shops and cool cafés.

We dropped by the farmers market on Lendplatz before continuing across the Mur River to the foot of Schlossberg (Castle Hill). The Schlossberg was used as an air-raid shelter during WWII. Consisting of large caves and tunnels inside the hill, the shelter could accommodate 14,000 people! These days, the main tunnel is open as a short-cut for people to get to the other side of the hill.

There’s also an elevator which brings visitors to the panoramic viewpoint near the top of the hill. Next to the elevator is an exhilarating slide, at 175m, the longest indoor slide in the world. We took the elevator up and walked around the Uhrturm (Clock Tower), the castle and the grounds.

We had a beer at the Biergarten before going to another of my favourite restaurants in Graz: Aiola Upstairs. Lunch at the outdoor terrace was terrific and the views were absolutely gorgeous!

After lunch, we decided to trek back to the top of the hill and take the funicular railway down.

One of the highlights of Graz is the Schlossberg or Castle Hill. With its historic Clock Tower, viewing points, castle and leafy parks, the Schlossberg is a must-visit. You can walk up the hill or take the elevator or funicular. Here’s a timelapse of the funicular ride down: pic.twitter.com/RXjVn19eHu

From the funicular station, we made our way to the Mur River and walked along the riverbank. The gushing river and shady trees make for a lovely stroll. We also visited the Murinsel (Mur Island), a futuristic-looking ‘ship’ in the middle of the river which has a café, gift shop and exhibition spaces.

The sun was shining bright and I suddenly remembered a rooftop café I’d heard about, and we headed there. Located on the rooftop of the Karstner & Öhler department store, Freiblick Tagescafé is a cool place for a meal, drinks and terrific views of the terracotta rooftops of Graz.

I had one more treat in store for my partner on our last evening together in Graz: a meal at a castle! That evening, we took a taxi to Schloss Sankt Veit or St. Veit Castle just outside the city centre. Sitting atop a little hill, this 19th century castle is a popular wedding venue but many people come here to have a few drinks at its alfresco bar or a meal in its terrific restaurant, Aiola im Schloss.

After a glass of bubbly at the bar, we had a lovely dinner in the restaurant – a great way to end a truly wonderful weekend in Graz.

Read about other places to visit in and around Graz:

Note: a big thank you goes to Aiola Living for hosting us in their hotel for the weekend. As always, all views expressed above are mine, and mine only.