A white family people carrier, an Opel Zafira to be exact, with license plates that betray its origin as Dutch, is at a standstill with its engine running on the Danish beach of Sønderstrand. Sand dunes are visible a half a kilometre away in the rear view mirror, the same dunes that protect the shoreline of the island of Romo.

What NOT to do on a Danish Beach

Due to its geographical location, Romo is primarily beach, and over 90% of the island is unadulterated nature. A restricted military zone occupies the North West corner of the island and there are a mere 850 permanent residents. However, Romo is far from being a deserted island – it is dotted with holiday homes populated predominantly by German tourists who flock to the island for nude sunbathing. Consequently, the island relies heavily on tourism for its economic survival. 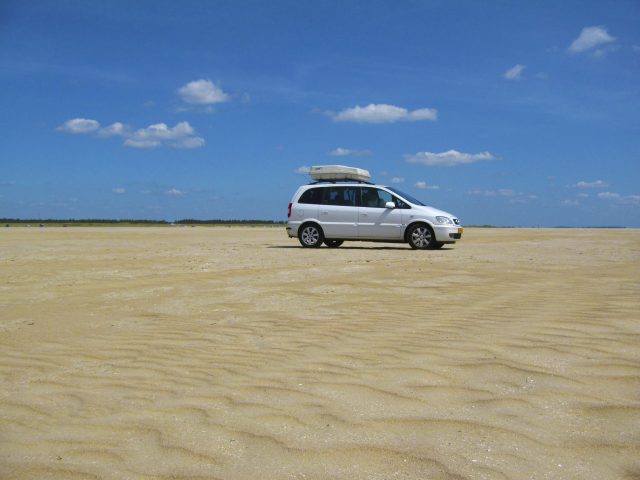 The family car waits patiently as a black off-road vehicle approaches under the cover of billowing sand. The helpless driver can only sit and stare as the Hummer heads towards them, chrome wheels glistening in the sun, and blacked out windows hiding the occupants of the huge four-wheel drive car.

As the Hummer draws alongside the Zafira the driver activates the electric window control and the driver side window rolls down. The man in the passenger seat of the Hummer follows suit and now that the vehicle is in full view, the car is clearly German.

Both men thrust their heads out of their respective windows, and very warily the Zafira owner exchanges salutations with the passengers of the car that is firmly blocking his way. The entire interaction takes place in German; a twenty-euro note is handed over and the Zafira driver shrugs his shoulders.

The Hummer circles the forlorn looking Opel, and only stops when the cars are trunk to trunk, a car length separating the rear ends.

A blonde haired man steps out of the dark Hummer. He climbs behind the wheel of the people carrier, casting the driver aside to the passenger seat. The German, dressed in a blue polo shirt and jeans, greets the hapless passenger in the back seat, and casts an eye over the sleeping toddler in his car seat beside her. A man clothed in similar attire emerges from the rear seat of the Hummer. He attaches a thick cord to the back of the car he has just exited with a metal hook, and the other end he deftly affixes to the back of the Zafira.

On the signal of his two associates, the Hummer driver lurches into action. He puts his foot on the accelerator and revs his engine hard. He begins the arduous task of towing the Opel Zafira. There is a small movement as the white people carrier is dragged backwards a foot, courtesy of frantic steering on the part of the temporary driver, before both vehicles grind to a halt.

The wheels of the Hummer turn without any forward acceleration. Clouds of sand rise up above the car, and the hearts of the Zafira occupants beat just that little faster. It is a temporary glitch in the proceedings. The Hummer crew regroup, reverse and rev once more. The Zafira lurches backwards to relative safety.

Stranded in your car on a Danish beach is no way to spend your holiday. However, unfortunately for some tourists that is exactly what results from off-roading on the sand, at least for a few heart stopping moments before a guardian angel arrives in the form of Germans in a Hummer, charging €20 to tow you to safety (meaning away from the sand bank you had inadvertently lodged yourself onto). 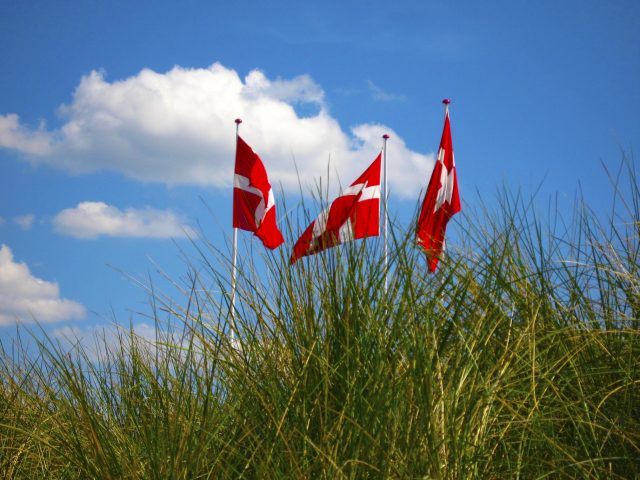 The Danes are renowned for their beach driving and parking. They do not pay extortionate amounts of kroner to park in a nearby car park and then lug their picnic basket, windbreaker, deck chairs, tent, beach towels and bucket and spades one kilometre or more to the beach. No, they park on the beach and sit next to their car.

Great idea, you may think. If the Danes can do this, so can we. You may even think you have a foolproof plan in following that Danish car onto the beach; tail the locals and you cannot go wrong? Take it from the experts – not all Danes are born with the skills needed to off road across kilometres of sand to find the perfect spot to unpack your bucket and spade and start building that castle and elaborate moat you promised your children. 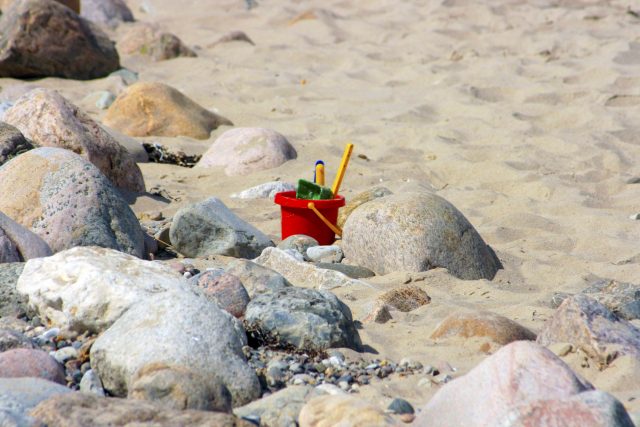 The sand on the Danish beaches, like elsewhere, is not flat. There are sand hills, sand holes, sand mountains and lots of very dry fine sand. The kind of sand that tyres do not grip on and car wheels do not rotate on.

Of course, I would not suggest for one moment that whilst in Denmark you don’t do as the Danes do. However, it would be wise to make sure there is a German plated Hummer in sight and twenty Euros in your trouser pocket. Alternatively, make sure you have a spade or two in the back of your car and an army of eager diggers as passengers.

About this week’s guest writer
Amanda van Mulligen is an expat writer, a full-time stay at home mum, owner of The Writing Well, an amateur photographer and an ACCESS volunteer. Her company, The Writing Well, provides English language writing services – writing, proof reading, editing and copy writing. Amanda keeps us entertained with her expat tales on Letters from the Netherlands.