One of the great joys of living in Europe is being in such close proximity to a great diversity of people, cultures, history and landscapes, all within a relatively small land area. I recently had a unique opportunity to see Europe’s amazing topographical diversity from the air on a flight from Amsterdam to Valencia in Spain. Though it was a short two-hour flight, the plane crossed four different countries – the Netherlands, Belgium, France and Spain – and the views of the patchwork of fields, 12,000 meters (40,000 feet) below were astounding. Much can be said about a country and its people by observing the landscapes and towns from the air. History, culture, climate and topography are important elements in how a country’s land is organised and used, and those two hours in the air made for an insightful study of the remarkable differences in Europe.

Plane window views of a flight from Amsterdam to Valencia

As the plane took off from Amsterdam’s Schiphol Airport, it quickly became clear, from the neat rows of oblong fields how organised the Dutch are. It’s also clear that agriculture is a big business, judging by the size of the fields and how efficiently the land is utilised. Another point that quickly becomes apparent is the centuries-old pre-occupation of the Dutch to keep invading water (from both the rivers and the sea) at bay. 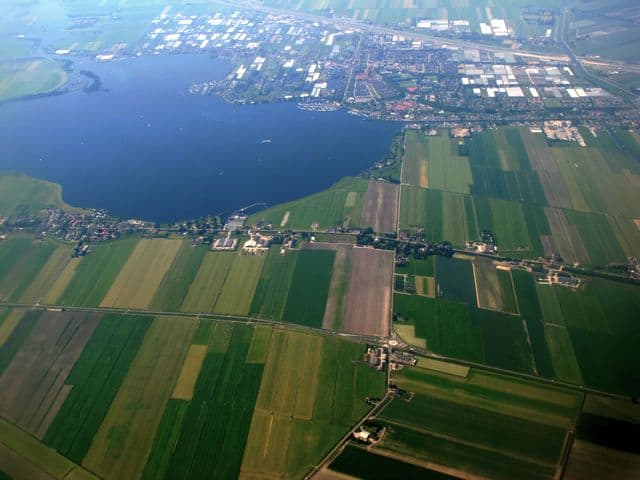 Large lakes and a massive network of waterways were created to distribute water and thereby prevent flooding in this low-lying country – a third of the country lies below sea-level. 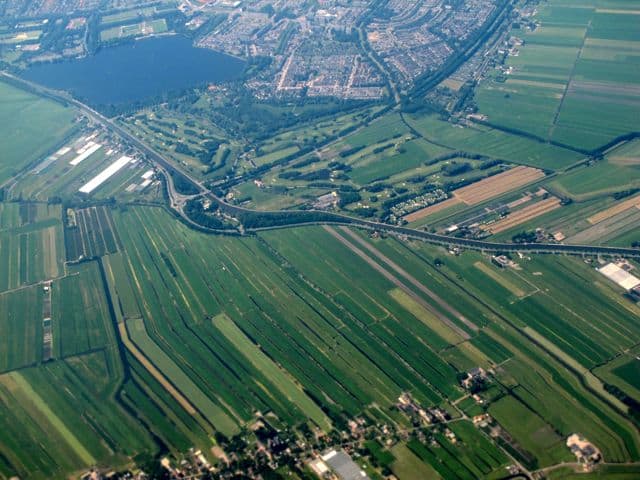 The plane crossed into Belgian airspace after a half hour. The northern part of Belgium shares a similar topography with the Netherlands: flat and low-lying. Belgium also has a similar population-density as the Netherlands. However, the differences of the composition of the fields couldn’t be more stark. I imagine culture and history play an important role in explaining the seemingly chaotic patchwork of fields. 😉 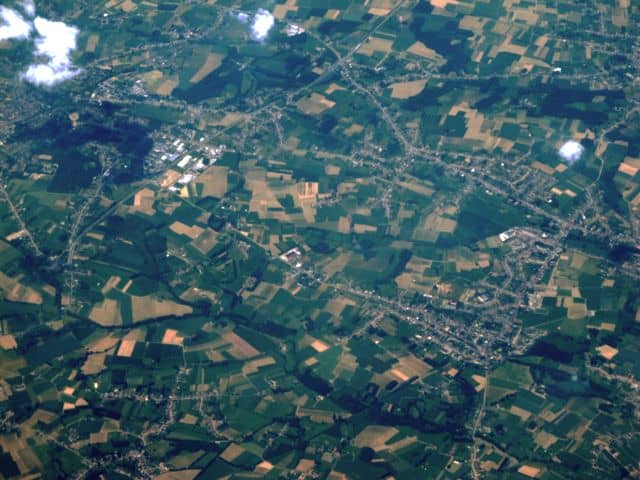 As the plane entered French airspace, the scenery changed again. The fields grew in size and the landscape was visibly more hilly. The plane flew directly above Paris before continuing in a southerly direction. We flew over towns which clearly formed the epicentre for the surrounding region – roads from the countryside led to the centre of the towns while the fields fanned-out from the urban areas. 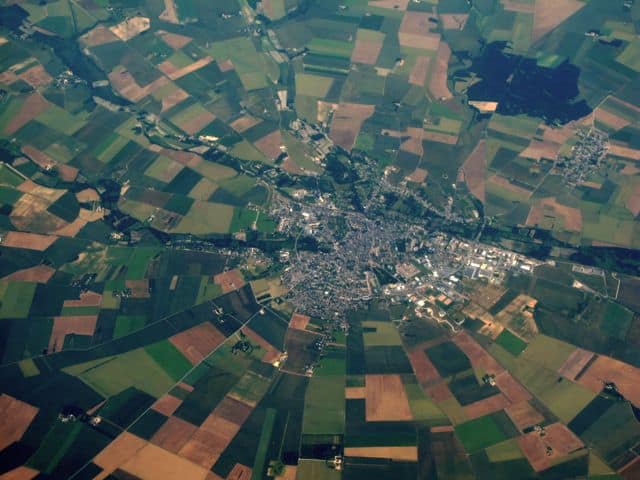 The landscape gradually changed as the plane flew towards the Pyrenees. The large agricultural region surrounding Paris made way for forests, villages and smaller fields. Rolling hills, with their gorgeous patchwork of fields, interchanged with forests and villages, while rivers meandered along the valley floor.

Soon, the mighty snow-capped peaks of the Pyrenees came into view. The Pyrenees form a natural border between France and Spain and boast peaks higher than 3,000 meters (10,000 feet).

The Pyrenees also separate the green north from the dry south. As the plane entered Spain, past the Pyrenees, the landscape quickly became more barren. Green turned to ochre and brown. Unlike the Dutch, who face an eternal struggle with too much water, the Spaniards take large measures to save every drop and distribute it efficiently. Large reservoirs were built to capture the molten snow carried by the rivers from the mountains. These turquoise lakes form a stunning contrast to the brown landscape.

The landscape became increasingly barren as the plane approached Valencia. Irrigation networks that distribute water from the reservoirs to the agricultural areas could clearly be seen between the patches of green. The rugged mountains and the patchwork of fields in countless shades of brown made for simply breathtaking scenery.

And all this on a two-hour flight from Amsterdam to Valencia! I love living in Europe! 🙂

Read more about the Plane Views series: Plane Views: The Beauty of a Window Seat.